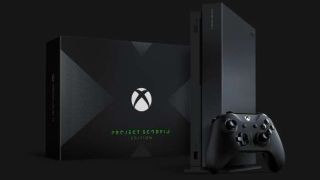 Sometimes people can be wonderful, wonderful mammals, and this is one of those times. Gamers on Reddit are flocking to help someone preserve an Xbox One X Project Scorpio edition controller from the ravages of time, as it was signed by his late mom. Understandably Reddit user afterglow13, who posted the appeal as the gamer’s SO, wants to make sure none of the silver sharpie gets rubbed off, and advice has been flooding in to make sure that this touching gift stays perfectly protected.

As the sweet message is written using sharpie, many users have cautioned against using anything containing acetone or solvents on the writing, as it would destroy it. Perhaps the best advice comes from user SyproGaming, who simply says “Put it on display, never use it again”, which seems like the most prudent suggestion, as nothing can replace an object with such sentimental value. Every now and again the gaming community does something that honestly brings a tear to my eye, just like now.

The good news is that there are plenty more stories like this: Veteran Halo players are planning to use their old Xbox Live gamertags to reunite with friends on PC, Apex Legends' worst weapon is inspiring thousands of players to donate to Mozambique's flooding crisis, and The Call of Duty Endowment charity has found jobs for over 54,000 veterans. If this story made you feel all warm and fuzzy inside, don’t forget to pass that feeling on and do something good for someone else today, whether it’s to do with games or opening a door for someone who’s just far enough away to make it if they break into an awkward jog-walk.

If you want more good news, last year Overwatch introduced a new type of skin for Mercy that benefitted charity, or look below to see what’s going on this week in the world of games, TV, and movies!