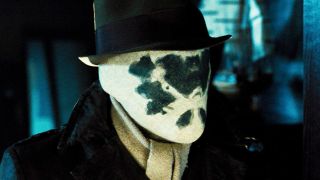 Watchmen (the comic) is widely-regarded as one of the finest graphic novels put to paper. Watchmen (the 2009 movie from director Zack Snyder) is… more divisive. But fans will get another chance at a live-action adaptation, thanks to a Watchmen TV series being developed by Damon Lindelof and HBO.

The Hollywood Reporter writes that a deal has not yet been reached, but that sources say the project is in the early days of development. As for what we can expect, here's a few things to know:

It's a totally new adaptation

This isn't the first time a Watchmen TV adaptation has been pitched. Snyder was working with HBO back in 2015, on a Watchmen-related TV series, but it wasn't clear if it was a prequel, sequel, or reboot. In any case, Snyder and HBO split ways and the project was dropped.

According to THR, this new version is being built from the ground up, and has no ties to Snyder or the previous pitch. In other words, this won't be just an extended version of the Watchmen movie.

It's by the guy who wrote and produced Lost

Lost was a pop culture touchstone of the mid and late-'00s, but it received criticism for taking a multitude of unexpected twists and turns that seemed to come out of nowhere - and according to some, really was written without any regard for a larger story arc. Lindelof served as both producer and writer for the show, and received a large brunt of this criticism.

Lindelof also reworked a large portion of Ridley Scott's Prometheus while it was in development, changing the script so that it was less of a direct Alien prequel and more of a mystery about humanity's origins and how Jesus might've been an alien.

It probably won't try to be as mainstream

One of the more common critiques about the Watchmen film is that it felt dumbed down compared to the source material. Based on comments Lindelof made to the Observer in 2009, it doesn't sound like that will be the case this time.

"There’s a little bit about that feeling of Watchmen, in terms of the fans, it’s like, I don’t really know if I want it to go mainstream," Lindelof said. "I want to keep it sort of insular. It’s okay with me if people don’t understand it because they don’t deserve to understand it."