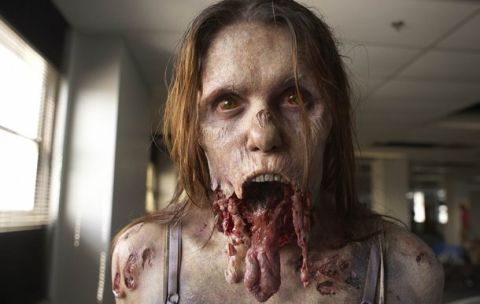 THE ONE WHERE
Rick heads back into Atlanta to collect his dropped guns, and gets caught up in a dispute with another group of survivors who want the weapons, leading to Glenn being abducted. But all is not as it seems…

VERDICT
I like the way this episode plays with your preconceptions. As audience members, we’re very quick to assume that Rick and co are up against a bunch of gangbangers just out for themselves. In fact, it’s just a stereotype they’re playing up to in order to protect the old and the sick. It’s a clever, surprising rug-pull.

The end of the episode, where zombies over-run the camp, is mighty powerful, and there are some excellent character moments, like the opening conversation between sisters Amy and Andrea, which subtly sketches out their relationship through, of all things, a discussion about fishing techniques, and makes Amy’s eventual death all the more harrowing.

Only downside? I am starting to get a little weary of seeing the characters running around the same few blocks of Atlanta. A change of scene is due.

LMAO
Love the fact that the big macho standoff is defused by a little old lady wandering in. That’s so unexpected!

TITLE TATTLE
“Vatos” is the Latino equivalent of “homeboys”.

TRIVIA
The William Faulkner line quoted by Dale (“I give you the mausoleum of all hope and desire”) comes from his 1929 novel The Sound And The Fury .

BEST LINE
Glenn: “Admit it – you only came back to Atlanta for the hat.”