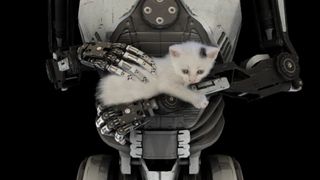 The Talos Principle from Croteam was a bit of a departure for the Serious Sam developer when it launched for PC in 2014 and PS4 in 2015. It must have been a successful departure though, considering a tweet from PR consultant Damir Durovic which quotes Croteam CTO Alen Ladavac as saying that a sequel is incoming:

The Croteam Twitter account also retweeted Durovic's quote, so I'd say that despite the lack of usual announcement fanfare, this is legit.

A Portal-like puzzler with heavy philosophical themes, The Talos Principle took us by (delighted) surprise, and we ended up including it in our personal favorites of 2015 list. So consider the idea of Croteam continuing to branch out while we get more great puzzle games a definite "win-win."