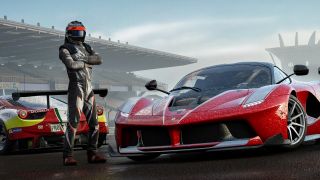 Microsoft Game Studios developer Turn 10 has revealed the first details about its upcoming installment in the Forza Motorsport series, including a potential timeline on when Xbox and PC players might be able to get hands on it for themselves.

Speaking on a recent Forza-themed Mixer stream (from around the 57:30 mark), Turn 10 Creative Director Chris Esaki revealed that the studio recently held its "first playtest for the new [Forza Motorsport] experience", teasing that the "overall product and where we're going with it is so vastly a different and amazing experience."

The best racing wheels for 2019

Esaki began to "rattle off" a number of new features coming to the next installment in the racing franchise, including a "new tire model [and] new tire pressure model", explaining that Turn 10 has developed "a new way that heat interacts with the tire pressure, and we actually have dynamic track temperatures affecting this all."

"We have dynamic rubbering-in on track", continued Esaki, "a new atmosphere pressure system that accurately has pressure affecting things like air density affecting tire dynamics and power [and] an entirely new suspension system with new suspension modeling. I'm missing about 15 other things that's all under the hood, and that's just kind of the moment-to-moment, rubber meets the road experience."

Esaki finished with the promise that the studio will be revealing much more about the game "next year", suggesting it could well be in the works for Microsoft's next-gen console, the Xbox Series X, which is also set to launch in 2020.