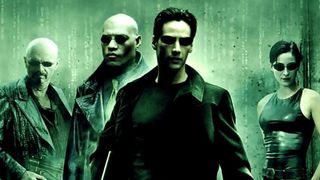 There is no spoon but there is going to be a reboot. 18 years (!) after The Matrix was first released, it looks like we’ll be taking the red pill all over again – but this time without Keanu Reeves.

The Hollywood Reporter has the scoop on the revival of the iconic franchise (which, let’s face it, only had one good movie) with planning in the “early stages.” There are even whispers that Fantastic Four’s Michael B. Jordan is in the running for the lead role.

But, as of writing, there’s no Keanu Reeves attached to the project (maybe someone should kill Neo’s dog?) and, crucially, no mention of the Wachowskis, who wrote and directed every previous Matrix movie.

Could this Matrix return finally be the rare thing Hollywood has been craving: The One good reboot?