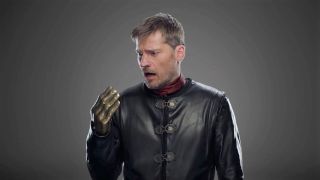 Game of Thrones season 7 is definitely going all-out. The premiere is already going to be one of its longest episodes ever, but that’s got nothing on the season finale – which is reaching feature film-level lengths. Get ready for the long haul…

Watchers On The Wall have compiled a list of the running times for the entirety of season 7, but the big news is the finale weighs in at a whopping 81 minutes. Wowsers. That’s a whole 13 glorious minutes longer than the season 6 finale The Winds of Winter.

In fact, season 7 as a whole is so long when tallying up all of the episodes’ running lengths that it’s essentially a whole ‘nother episode on top in terms of minutes. Praise be the Lord of Light (and the editing team).

The full episode lengths are below. It might be wise to invest in a comfortable chair between now and July 16.