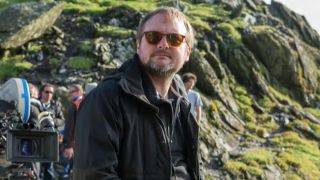 One of the main points of contention among Star Wars fans was The Rise of Skywalker seemingly undoing certain story beats established in The Last Jedi – namely that Rey was not actually a nobody, but instead Palpatine's grandaughter.

Yet, while that may be the case, The Last Jedi director Rian Johnson has only spoken positively about Episode 9. Asked for his opinion on The Rise of Skywalker while attending the Oscars, Johnson told MTV:  "I had a blast, man. Made me so proud seeing the heart and soul that J.J. [Abrams] put into it.

"And seeing my friends who were in the movie just, like, bring the whole thing to a conclusion. Yeah, for me as a Star Wars fan, it was a really special experience."

So there you have it, no hard feelings between Johnson and Abrams. In other Star Wars news, Kelly Marie Tran has revealed her thoughts on her character's minimal screentime in Abrams' movie, saying: “When you’re in something of that calibre, there’s always people working to make something out of love, and no matter what you do, there’s always going to be people who aren’t happy with that.”