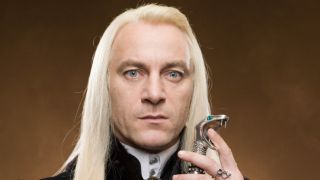 The main captain of Star Trek: Discovery is a Slytherin. Oh dear. Well, maybe not in real life, but the show's official Twitter account confirmed that Lucius Malfoy actor Jason Isaacs will play Captain Lorca, leader of the U.S.S. Discovery in her pre-original-series voyages. It also revealed that Longmire and Baskets actress Mary Wiseman is along for the ride as a Starfleet cadet named Tilly.

Isaacs is the captain but we probably won't spend most of our screen time with him. Walking Dead actress Sonequa Martin-Green is actually the main character, playing a lieutenant commander under Isaacs' command. According to Isaacs' Twitter account, he's already looking forward to taking the helm.

This Twitter response says it all. Warning for gore and, er, decades-old Event Horizon spoilers, I guess.

.@jasonsfolly Let's hope this ends better than the last time you sent a character into space. pic.twitter.com/q19xQXu3dOMarch 7, 2017

While we're talking about Isaacs' past roles, his filmography does include more villainous turns than your typical Star Fleet captain. I'm not saying he's going to defect over to the Klingon Empire or anything, but his leadership style could be a far cry from the swashbuckling romanticism of James T. Kirk and the diplomatic sagacity of Jean-Luc Picard. Maybe Martin-Green won't have to wait too long for her shot at the captain's chair after all.

Starting in May 2017, Star Trek: Discovery will hit CBS All Access in the US and Netflix in Europe.