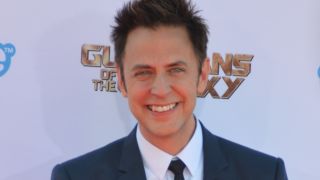 Over the weekend, it was reported that Spider-Man: Homecoming actress Zendaya (a person of color) would play Mary Jane Watson (portrayed in the comics as a Caucasian redhead). Not everyone was thrilled. Guardians of the Galaxy director James Gunn has something to say about the brouhaha, and it's one of the most articulate and sensible responses you're likely to read on the subject.

"People get upset when something they consider intrinsic to a comic book character changes when adapted for a film. I get this," Gunn wrote on his Facebook page. "That said, I do not believe a character is the color of his or her skin. When Michael B. Jordan was cast as Johnny Storm I didn't understand the uproar. The primary characteristic of Johnny was not, to me, that he was white, or that he had blonde hair, but that he was a fiery, funny, big-mouthed braggart of a hero."

Gunn said that he got more than a thousand responses when he tweeted that anyone complaining about Mary Jane's ethnicity has a life that is too comfortable. Some were outright hateful, but Gunn also wrote that most voices were reacting to the idea positively. In the end, Gunn argued that what really matters is staying true to the spirit of the character.

"For me, if a character's primary attribute - the thing that makes them iconic - is the color of their skin, or their hair color, frankly, that character is shallow and sucks. For me, what makes MJ MJ is her alpha female playfulness, and if the actress captures that, then she'll work," Gunn wrote.

"Whatever the case, if we're going to continue to make movies based on the almost all white heroes and supporting characters from the comics of the last century, we're going to have to get used to them being more reflective of our diverse present world. Perhaps we can be open to the idea that, although someone may not initially match how we personally conceive a character, we can be - and often are - happily surprised."