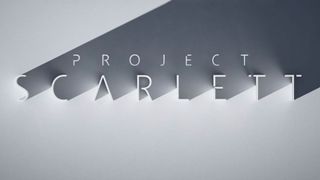 Xbox Boss Phil Spencer is already using the Xbox One's successor as his primary console. Spencer tweeted on Wednesday that he'd been enjoying Xbox Series X's suite of available games at home over the week, using the Elite Series 2 controller.

And it’s started….this week I brought my Project Scarlett console home and it's become my primary console, playing my games, connecting to the community and yes, using my Elite Series 2 controller, having a blast. Great work by the team, 2020 is going to be an incredible year.December 4, 2019

Project Scarlett is set to release during next year's holiday season, roughly one year from now. It isn't clear whether Spencer is referring to unfinished dev kit or the final version we'll actually see in stores late 2020, but it's certainly a solid flex regardless. It also isn't clear which games Spencer is playing, but we do know the new Xbox console will release alongside the next main entry in the Halo franchise, Halo Infinite.

Just like the last few console generations, the new Xbox will compete directly with the PS5, which Sony has also confirmed will release Holiday 2020. Both consoles will offer substantial improvements in performance over their predecessors, each boasting support for 8K resolution and ray-tracing for enhanced visuals. The big unknown is still the respective price of each console, as this factor has proven determinative in the success of prior competitive launches. It could be that the consoles launch with different variants and price structures, making it easier for anyone to jump into the next console generation, but nothing's been confirmed on that front just yet.

It is being reported that Project Scarlett's less-powerful sibling console, codenamed Lockhart, is still in development, but it's unclear if Microsoft plans to launch the two consoles side-by-side for 2020's holiday season.

Speaking of next-gen, read what Naughty Dog president Evan Wells had to say about PS5 load times and what they mean for next-gen gaming.