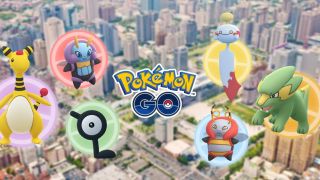 Niantic has revealed an impressive lineup of real-world events for Pokemon Go, Harry Potter: Wizards Unite, and Ingress that will take place during the first half of 2020, and some new cities have been added to the schedule.

This year, Liverpool, Philadelphia, and St. Louis join the live events schedule, so expect even more players to join the ranks. In the past, hundreds of thousands of players have come together from across the world to participate in Niantic's real-world events - more cities just means even more people.

“Over the last 7 years, live, real-world events have been central to Niantic’s goal in leveraging technology to create interactive experiences that foster exploration and discovery, active and healthy lifestyles and lasting friendships,” says Michael Steranka, Senior Manager, Live Events at Niantic. “Niantic’s large-scale real-world events have had a true and clear positive economic impact on tourism, bringing people from around the world together for a weekend of adventure. We were incredibly impressed by the number and quality of entries in the #NianticLive2020 program and, as a result, are excited to announce the addition of Liverpool, Philadelphia, and St. Louis to our live events schedule in 2020.”

The Pokemon Go real-world events that will take place in the first half of 2020 are as follows:

The Ingress real-world events taking place during the first half of 2020 are:

There will be a second anual Harry Potter: Wizards Unite Fan Festival later this year, with details on the event coming soon. For more info, check out Niantic's official announcement here. Stay tuned.

If you want to keep up mobile gaming, here's the best iPhone games you can play right now.