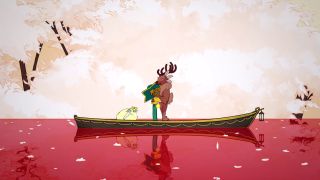 On top of big winners and hopefully big announcements - including a special one for Fortnite - The Game Awards 2019 will feature a suite of free demos for featured and unreleased games. As show producer Geoff Keighley explained in a Medium post, this year's show will air alongside The Game Festival, a new digital event which will bring over a dozen limited-time game demos exclusively to Steam.

"Now feels like the right time to take the next step with The Game Festival, a completely digital approach to the consumer event space," Keighley says. "Let’s face it: Not everyone can attend a physical trade show or consumer event. The Game Festival is designed from the ground-up as an event without barriers, extending the benefits of a physical event to the global gaming community that watches The Game Awards."

Here are some of the games receiving demos. These are just the games we know of so far, so expect to see more surprise demos announced at The Game Awards.

Here are all The Game Award nominations this year. Death Stranding and Control are frontrunners for several categories, but we've also seen quiet triumphs like Katana Zero and Grindstone.