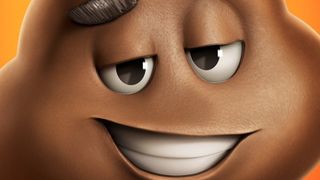 There are certain roles that require a real presence that only once-in-a-generation actors such as Patrick Stewart can take on. Think Macbeth, think Hannibal, think… the poop emoji?! In the greatest/worst (depending on how you look at it) piece of casting news ever, Patrick Stewart is voicing the poop emoji (called Poop, helpfully) in the upcoming The Emoji Movie. It’s the role he was born to play.

By lending his considerable talents to the weird and wonderful world of emojis in The Emoji Movie, Patrick Stewart is joining a cast confirmed to include James Corden, Maya Rudolph and T.J. Miller.

He ain’t no 🎉💩! So excited to announce the distinguished @SirPatStew as Poop in the #EmojiMovie – in theaters August 4th! #SonyAnimationDay pic.twitter.com/JTeEhP08qIJanuary 18, 2017

From Picard to Poop: that’s quite a career path. It’s also a sentence I never thought I’d write but, hey, here we are.

What do you think about Patrick Stewart playing Poop? Let us know in the poll below!