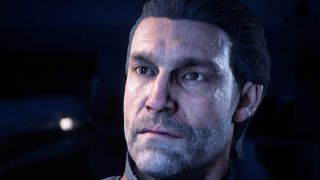 Mass Effect: Andromeda's multiplayer microtransactions will let you buy points to unlock new items and UK retailer ShopTo has revealed what kind of buy-in-bulk discounts will be available. According to ShopTo, the in-game currency has the functional-if-not imaginative name of Multiplayer Andromeda Points, and you can buy anything from 500 points for £3.95 to 12,000 points for £79.96 via the store. Here's its full assortment:

I haven't found any US retailers listing the points ahead of time yet (Andromeda won't be out until next week) but if other games are any indication, those prices likely range from 500 points for $5 to 12,000 for $75 (Update: My mental math went in the wrong direction for a bit, it's probably more like 12,000 for $100). Much like in Mass Effect 3, the points aren't used to directly purchase desired items. Instead, you exchange them for multiplayer packs which contain a random assortment of gear and other goodies.

One blind box full of multiplayer items for £3.95 / $5 sounds a bit expensive, so even the smallest Multiplayer Andromeda Points code will likely be enough to purchase multiple packs (it's rarely economical to sell smaller point-packs than that via external retailers). You'll also be able to earn currency to buy multiplayer packs in the course of playing the game.

Don't worry if you're already not feeling this whole "multiplayer" thing. Mass Effect: Andromeda will let you keep your feet planted firmly in the single-player campaign while reaping many of the same rewards by dispatching Strike Teams to do the missions in your absence. Hopefully they don't demand a raise so they can buy more Multiplayer Andromeda Points themselves.