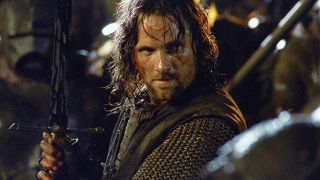 The main cast of Amazon Prime's Lord of the Rings TV series has been announced. The official Twitter account for the series posted a lengthy thread naming 15 new actors as part of the fellowship as central characters, including Robert Aramayo, who portrayed a young Eddard Stark in HBO's Game of Thrones.

We'd seen reports about four of the actors - Aramayo, Horvath, Kavenagh, and Mawle - joining the cast of The Lord of the Rings, but Amazon hadn't confirmed their casting until now. Mawle played Benjen Stark on Game of Thrones and is expected to play a major role in The Lord of the Rings, and now another Stark alum is confirmed to the cast with Aramayo in an unnamed role.

Roles for the new cast members haven't been announced, but a report from THR says Mawle will play the series' villain, Oren. Deadline first reported that Aramayo will replace Will Poulter in the Lord of the Rings TV series' leading role, Beldor. Kavenagh's character is named Tyra, as Variety reported in July.

We don't know when the Lord of the Rings TV show will premiere, but it's likely to be among the best new TV shows of the next couple years.