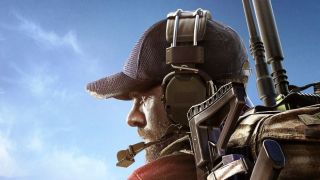 Nobody does open world quite like Ubisoft. Whether it's the busy cities of the Assassin's Creed series, the cross-country roads of The Crew, or the jungles of Far Cry, the French company always manages to create games with impressive scale. The same looks to be true for the upcoming Ghost Recon Wildlands, so we decided to see for ourselves just how big the game's map will be.

Since the game isn't out yet, we had to do some estimating within the restrictions of a playable preview. Still, by comparing how expansive the vistas are in combination with the time it takes to travel from Point A to Point B by helicopter, you can start to get an idea for how big the map really is. And it's big.

So the bad news is that, for now, we can't break it down and say that Ghost Recon Wildlands' map is X number of kilometers or miles wide. The good news is, we can say that it appears to be large enough to fit approximately one crap-ton of stuff in it.