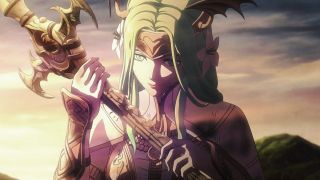 Fire Emblem games have always had a few difficulty options, from a normal mode for newcomers to a hard setting for veterans of the series. You can even turn off permadeath in most of the recent entries to make the challenge a little more palatable. Fire Emblem: Three Houses starts out with two difficulty settings at launch, but it's getting a third with a free post launch update.

Fire Emblem: Three Houses will be getting a lunatic difficulty setting through a free update after the game launches on July 26. In an interview with the Japanese gaming magazine Famitsu, game director Genki Yokota shared the news. He asked players to “please wait just a little bit [for the update].”

We don't have an exact date when this free update will be available, but Yokota did say it would come shortly after launch to provide an additional challenge for players.

It was confirmed a few weeks ago that Three Houses would also receive its own expansion pass. The pass includes new officers academy outfits, maps, and other content. Nintendo has also said that other free updates will come to the strategy game after release.

The changes Intelligent Systems have brought to Fire Emblem with Three Houses make it ripe for new DLC content. New characters and storylines could increase its replayability. It's available this Friday on Nintendo Switch.