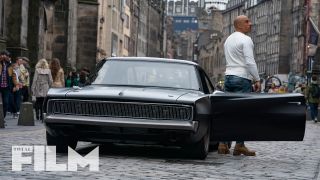 Fast and Furious 9 has yet to reach cinemas, but already we are turning our gaze towards the tenth instalment in the series. F9, after all, will be the second part in the "last trilogy to end the saga". And if that's not already confusing enough, Vin Diesel has suggested that Fast and Furious 10 could be split into two parts.

“I started planning for Fast 10 before we started filming Fast 9. Very much so,” Diesel tells our sister publication Total Film in the latest issue. “The universe is so robust and so rich with talent and rich with story that, on one level, it’s totally feasible to have spinoffs, and I think that’s something that is inevitable. Universal deserves it because of how much they’ve invested in this little saga, and it’d be good to give back to Universal. And for the fans, should Fast 10 parts one and two be the conclusion, it would be nice for this world to continue for generations to come.”

A Fast and Furious spin-off has, of course, already been released: Hobbs and Shaw, which centred on Dwayne "The Rock" Johnson and Jason Statham's Fast characters, reached cinemas last year. Whether a second Hobbs and Shaw movie will happen remains to be seen – though, the first movie's $760 million box-office would suggest another one is being developed.