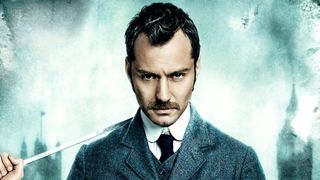 Fantastic Beasts 2 has further upped its handsome quotient by casting Jude Law as a young Albus Dumbledore. The official Pottermore blog revealed that the English actor will star opposite Johnny Depp's Gellert Grindelwald, as well as the other fine wizarding (or anti-wizarding) folks we met in Fantastic Beasts and Where to Find Them, when filming begins this summer.

Dumbledore and Grindelwald were childhood friends before growing apart. When Fantastic Beasts 2 takes place, Dumbledore is still the Transfiguration professor at Hogwarts and Grindelwald, well, he's working on the whole "evil wizard" thing. We already know how that concludes from the Harry Potter books and movies - a magical duel in 1945, culminating in Grindelwald's lifelong imprisonment - but there are still plenty of details to fill in along the way.

"Jude Law is a phenomenally talented actor whose work I’ve long admired and I’m looking forward to finally having the opportunity to work with him," director David Yates told Pottermore. "I know he will brilliantly capture all the unexpected facets of Albus Dumbledore as J.K. Rowling reveals this very different time in his life."

Harry Potter author J.K. Rowling is the main writer for all five films in the Fantastic Beasts series, setting up the story of her magical world before that kid with the weird scar showed up and started raising hell.