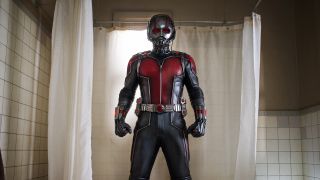 Edgar Wright leaving Ant-Man is pretty well-documented, but the director has never spoken so candidly on a topic that clearly still stings – until now. The Baby Driver director has opened up on why he won’t watch Ant-Man (and it’s pretty heartbreaking to read).

Speaking to Uproxx, Wright had this to say: “I haven’t seen it and I haven’t even seen the trailer. It would kind of like be asking me, ‘Do you want to watch your ex-girlfriend have sex?’ Like, ‘No, I’m good.’ The closest I came to it was that somebody sitting near me on a flight was watching it. And when I saw that the person sitting next to me was going to watch the movie, I thought, hmm, maybe I’m going to do some work on my laptop.”

Ah man, that sucks. He clearly poured his heart and soul into the project but was left with nothing. The hardest moment for Wright came when he was just, quite frankly, sitting around twiddling his thumbs while Ant-Man hit cinemas, with Baby Driver still not greenlit, “[Baby Driver] didn’t really get the official green light for another four months afterwards. So that, to me, was the toughest moment of the whole thing.”

Wright, though, holds no ill will towards the project. Heck, he’s even glad to see his good friend Paul Rudd pull up trees with Marvel, stating, I’ll never be pressed into kind of bad-mouthing it, because the truth of the matter is my friends are in it.”

Despite all of the hardship, the experience meant that Edgar Wright could go on to make Baby Driver which, seriously, you have to see. So, at least there’s that.