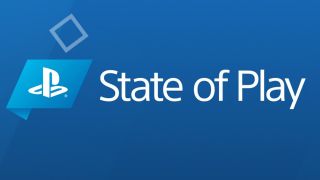 It's been a while since we've heard anything about The Last of Us 2, but that's supposedly about to change, according to a leaked series of emails from Sony's marketing team that has reportedly made its way onto the internet (via 4Chan and NeoGaf).

Suffice to say, there's no way to verify these details, which could turn out to be a whole lot of hot air, but they certainly seem plausible, and are enough to get excited about nonetheless. According to the leak, PlayStation's next State of Play live stream will be on November 1 later this year, and will focus on three major new games of 2019 and beyond.

First, Death Stranding, which is out November 8, will get its final launch trailer, while Star Wars Jedi: Fallen Order (not a PlayStation exclusive, curiously) will also make a showing, perhaps to show off some new PS4 exclusive content for those who play Respawn's action game on Sony's console.

Lastly, however, the rumour states that The Last of Us 2 will get its first new trailer since E3 2018, finally revealing a release date for May 2020, which has been the expected launch window for some time. Ghost of Tsushima, however, will not be present during the live stream, if these details are to be believed.

"It seems that the development of the game is proceeding in a more than favorable manner within the SP studios", claims the 4Chan leak, "but that it has also encountered considerable delays at the same time, mainly due to greater work on the technical side of the software for textures and framerates, to favor in particular the technical upgrade that will be given by the new hardware features of PS5."

It's likely Sony itself won't confirm anything until the week of the next State of Play itself, whenever that turns out to be, but - for now, at least - this latest leak is a telling window into the company's plans for the next year and beyond... either that, or someone's sitting on a throne of lies.

For more, check out 11 tech demos to make you excited for next-gen, or watch our Release Radar below for a guide to everything else out this week.