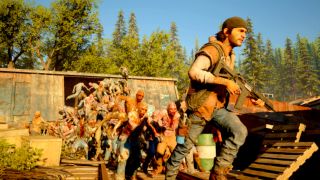 Note that all these locations are where they sleep during the day. If you're hunting them at night, they are likely on the move. Also, some Hordes only appear after you've completed the story so if you can't find a specific Horde, wait till the end. Finally, there are three Hordes you fight as part of the main story that don't show up on the map, so we've only got 37 locations.

Belknap has seven Days Gone Hordes for you to find:

There's only six Hordes to be found in Lost Lake:

There's only three Hordes to be found in Crater Lake:

Highway 97 has a whopping 13 Hordes to be found:

Looking for some Days Gone tips? Check out our video below!