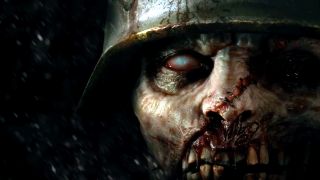 Call of Duty: WW2 will continue the fine tradition of slaying undead abominations in its very own zombies mode. Sledgehammer Games general manager Glen Schofield described the new co-op mode as a "horrifying experience" that recounts the "story of the Third Reich's desperate attempt to create an army in the final stages of the war" during Call of Duty: WW2's reveal event.

Nazis, zombies, World War 2 - this is probably sounding a bit familiar. This particular Nazi Zombies mode will tell "an entirely new story", according to Schofield, so it will likely stay separate from Treyarch's time-traveling CoD zombies saga. But will it play the same, with waves of enemies and a cash-based upgrade system? Sledgehammer is only saying that it's a horror game and a "smallish squad co-op experience" for now.

Read our full Call of Duty: WW2 preview for more details and check out the game's official reveal trailer.