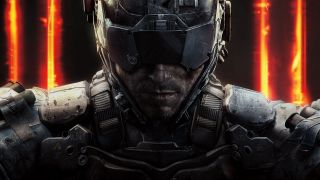 If I was a betting man, I’d be putting all my eggs in the Black Ops 4 basket right now (that’s how betting works, right?). We’ve had months of rumours about a Call of Duty fourthquel from Treyarch coming out this year, but concrete info and teases are starting to drop in like there’s no tomorrow.

First, there was the surprise, mysterious update to Black Ops 3 on Xbox One and PS4 over the weekend. That’s a three year old Call of Duty game. You don’t just update a three year old Call of Duty game because you feel like it. The official reasoning from Treyarch was that it was adding the popular Infected mode to Black Ops 3’s multiplayer, but data miners are already searching every nook and cranny of the patch to find any hints or teases about what’s next.

Treyarch have made surprise announcements in this way before, and it’s often the case that previous Call of Duty games are used to advertise upcoming ones, so this is definitely something to keep an eye on. Also, Infected’s quite a fun mode, so do check it out if you have the stamina.

Then, just yesterday, someone leaked an image of GameStop’s database to Charlie Intel, which appears to show listings for a number of Black Ops 4 themed merch. You got your T-shirts, your lanyards, and a ‘KC’ (whatever that means), all of which are apparently being sent to the GameStop warehouses on May 1st, later this year. Does this mean we’ll be hearing more about the next Call of Duty game before that date? It seems highly likely.

Speaking of merch, the biggest, strangest surprise came when NBA star James Harden turned up to a basketball game last night wearing a cap with a suspiciously familiar logo emblazoned across the front. If I didn’t know any better, I’d say that’s the logo for Black Ops 4, wouldn’t you?

The Beard has arrived, and he's ready for battle with the Thunder. pic.twitter.com/ky3E8TK9HyMarch 7, 2018

Kotaku has since confirmed through its sources that this is indeed the logo for Black Ops 4, but what’s Harden doing with a cap like that? And where can I get one? And why hasn’t Treyarch gone for the Roman numeral (and much cooler) version of four; “IV”? Savages.

Previous rumours have suggested that Call of Duty: Black Ops 4 will take place in a modern day setting with a distinct ‘boots on the ground’ focus similar to last year’s Call of Duty: WW2. There’s also talk of a Nintendo Switch release, though neither Activision or Treyarch have confirmed any of this just yet.

Typically, a new Call of Duty game is announced in Spring time, around April or May, so perhaps all of these suspiciously timed info drops are part of Treyarch’s own master plan for a viral marketing campaign in the making. Only time will tell..