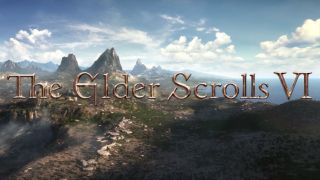 Update: The lineup for E3 2020 has now been revealed, along with some more events taking place at the event this June in Los Angeles, and even a new slogan: “Everybody Plays.”

E3 2020 will feature such exhibitors as Xbox, Nintendo, Ubisoft, Bethesda, SEGA, Capcom, Square Enix, Take-Two, Bandai Namco, Warner Bros, and more. The event, as previously announced, will take place on June 9-11, with the first day being left entirely for those working in the industry, like media and content creators.

E3’s rumored redesign seems to have been correct, as today the ESA reveals the event will feature “special guest gamers, celebrities, and digital programming on the show floor while connecting with global audiences through extended livestreaming.”

Original Story: Multiple AAA publishers, including Bethesda, Activision, and Ubisoft, are confirmed to be attending E3 2020, as leaked by the expo's own website, which is due to officially go live tomorrow.

A Restera user has managed to access E3 2020's list of participating companies in advance of its full reveal, alongside information about the convention's heightened security measures, ticket prices, and more.

The list, which will continue to be updated with more attendees in the coming months, confirms that Activision, Amazon Game Studios, Ubisoft, Bethesda, Capcom, Epic Games, Sega, Square Enix, and Warner Bros Interactive Entertainment will be present at the annual expo, though it's unclear in what capacity.

Will Bethesda, Ubisoft, and Square Enix hold their own separate press conferences once again? Why is Activision attending after avoiding the event last year? Will WBIE finally show off that WB Montreal Batman game it's been teasing for the last six months? How much will next-gen dominate the proceedings? All of these questions will likely be answered in the rest of the lead up to the show itself.

Despite their absence from the list, we also already know that Microsoft and Xbox will also be in attendance at this year's E3. Meanwhile, PlayStation has already confirmed it won't be showing up once again, while the status of Electronic Arts' presence at the upcoming show remains yet to be detailed.

If you're interested in heading down to E3 2020 yourself this summer, you'll be able to purchase your pass from tomorrow, once the site officially launches.