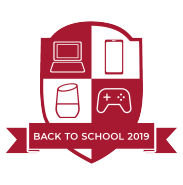 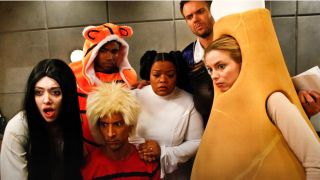 While our time at Greendale Community College might be over, the debate over the best Community episodes still rages on. The show transformed over its lifetime on NBC – and one season on Yahoo – going from an innocuous comedy about the interactions of some college students who had lost their way in life to a show that broke TV rules at every turn.

Over the course of Community's six seasons we got to know a dysfunctional study group – played by a group of then-unknown actors, including Donald Glover, Alison Brie, Gillian Jacobs and Joel McHale – as they struggled to succeed in a demotivating community college. However, that's not all we got. There are episodes shaped after Ray Liotta narrated crime movies, paintball homages to A Fistful of Dollars, and an informative documentary about historical pillow fights. While it wasn't easy to narrow down the 110 episodes of quality learning at Greendale to only 15, we managed just that. Here are the best episodes of Community that will tide everyone over until we get that movie. Let us know what you think in the comments! #SixSeasonsAndAMovie

While 'Football, Feminism and You' may include the whole study group, the episode is really about Troy struggling with his identity. In it, Jeff tries to convince him to play football for Greendale after his high school career ended due to an injury. Soon enough, we see that Troy is far more than the typical high school football player and the episode adds some momentum to the big transformation that Glover's character goes through over the course of the show. The silly-strong bond he builds with Abed wouldn't be possible if he stuck with his old jock persona.

'Football, Feminism and You' is also a great example of when an original side plots shines on its own. Britta and Shirley connect over women's bathroom habits, and while that may seem like a silly stereotype, it's really something deeper. This is also the first appearance of the Greendale Human Being mascot after Pierce helps Dean Pelton design it. Just look at it... every episode needs a little horror, right?

Directed by The IT Crowd actor Richard Ayoade, 'Critical Film Studies' is all about Abed's over-the-top obsession with film and television. The episode's enjoyable for the replicated shots and references alone, but turns into a vehicle for a deeper connection between Jeff and Abed. Their shared moment during dinner, while Abed plays a character from My Dinner with Andre, is arguably the most personal the show has ever felt.

What's funny is that during his birthday dinner, Abed tells Jeff about a time he was an extra on the television show Cougar Town and pooped his pants while in the background of a shot. You can pop over and see actor Danny Pudi hiding oh so subtly in the background of the season finale of Courtney Cox's show. People who hadn't seen Community must have been very confused.

After overdosing on his medication and getting hospitalized, Pierce decides to deal some psychological damage to the other members of the group for "not taking him seriously." It's Chevy Chase at his very best in Community with his old man wit. He's played the villain role multiple times, but this one is the pettiest and most enjoyable to watch.

'Intermediate Documentary Filmmaking' is entirely from Abed's perspective, as he shoots a documentary to capture Pierce's final moments. Everything feels more intimate and focused, including Troy freaking out after meeting the idol he never wanted to meet, Star Trek: Next Generation's LeVar Burton. You can't disappoint a picture, Pierce.

The debut episode of Community introduced us to, and laid the groundwork for, a great series of interactions between unlikely friends. The opening speech by Dean Pelton is pure giggle fuel. Jeff Winger, a disbarred lawyer, inadvertently creates a study group of misfits while trying to get close to the attractive, aspiring activist Britta.

On screen the chemistry between the group is almost instant, and it's all the camaraderie of The Breakfast Club, but with cynical and odd adults instead of attractive teenagers. The episode is actually dedicated to the late The Breakfast Club director, John Hughes.

'Pillows and Blankets' is one of the most creative episodes of comedy television ever made. A simple pillow fort for two friends turns into a war between Abed and Troy, which then turns into a Civil War-style documentary. Texts are read like old battle correspondence and historical images of Leonard and Abed dressed as pillow generals float across the screen. It feels like you are actually learning a bit of pillow fort history. We'll never forget Blanketsburg.

The episode gave us two glorious moments – Changlourious Basterds and Pierce's weapon of mass pillow destruction – both shot in a way that makes the pillow fight feel like a pillow war. Just be careful, we still don't know if we're scared of Pillow Pierce. He's half man, half pillow, all carnage.

A parody of David Fincher's directorial style, 'Basic Intergluteal Numismatics' presents the mystery of the so-called "Ass Crack Bandit" and then never solves it. Like Zodiac, it ends with a whimper; a criminal isn't exposed, as that's how a lot of police cases go in life. Sometimes we never find out who the culprit is.

The episode is basically a more compact version of American Vandal meets Seven, with all the absurdity of Community caught somewhere in the middle.

Directed by Joe Russo, one of the minds behind Avengers: Endgame, 'Advanced Dungeons and Dragons' has the group play out a session of the tabletop adventure to make another student, Neil, feel better after getting teased. Pierce isn't invited, shows up anyway, and then becomes the makeshift villain of the session, complete with his own broom closet throne.

After the study group's biology project, a yam, gets squashed, Troy and Abed try to figure out who did it. They can't just do that as normal college students, though – they need to roleplay as detectives and go through every trope and stereotype they know from Law and Order.

'Basic Lupine Urology' foregoes some deeper character growth for a ton of laughs. This is the type of episode that reminded us of how funny Community can be, with jokes that land every few seconds.

While 'Paradigms of Human Memory' has the structure of a clip show, showing bits and pieces from earlier episodes, it quickly starts to parody itself. After Chang crawls into an air vent to chase after Troy's monkey, he finds a bunch of items from the study group's past. This prompts everyone to look back at the fun times they had during the first two seasons.

A lot of the footage they look back on is new. We see old scenes from new perspectives that give each character a little more depth and humor while still remaining comfortable and familiar. It's weird to have a clip show this early in a show's lifetime, but the unique approach makes it work.

'A Fistful of Paintballs', a spoof of A Fistful of Dollars, is the first part of the two-part paintball-special season 2 finale. Community has a few paintball episodes and each one takes the scale of the show to a new level. 'A Fistful of Paintballs' shoves Greendale into the paint-stained wild west where Pierce builds a community of survivors. Meanwhile, Josh Holloway guest stars as a mysterious professional paintball cowboy.

It's silly, over-the-top, and somehow makes sense in the universe of Community. We could watch a whole playlist full of homages to pop culture through the lens of paintball, because everything is better with paintball.

The second part of the season 2 finale, 'For A Few Paintballs More' takes the battle into space, Star Wars-style, where Troy clashes with Jeff over who gets thrust into the leadership role, Abed woos Annie with his Han Solo schtick, and the entire school comes together to fight a fake, Stormtrooper-employing ice cream company.

While the episode doesn't reach the heights of the original paintball episode, 'Modern Warfare' (more on that later), it increases the stakes from the showdown between Britta and Señor Chang in season 1. No one thought Community could follow the magic that was 'Modern Warfare', but they managed to fill the two-part special a ton of fun action.

Abed's Uncontrollable Christmas is a charming stop motion story about Abed trying to find meaning in Christmas again. It's something that Community fans watch every year during the holidays, and maybe a couple times more in the summer and spring, since it's so damn creative. It's a testament to how much showrunner Dan Harmon loved his show (so much so that he threw down $100,000 of his own money to help make this episode happen) and it even won an Emmy for its spectacular animation.

A desolated campus with textbooks strewn everywhere fills the screen in Community's first paintball themed episode. The episode transforms the show into a modern war movie as students fight for a chance at priority registration next semester.

Everything, from Troy's "Jeff Winger, I thought you were dead!" to Abed's lazy Terminator jokes, works so well against the backdrop of a paint soaked campus. The mishmash of stupid school stereotypes and war movie tropes fit together like peanut butter and jelly.

Jeff hatches a plan to get Abed a job in the college's kitchen so he can steal the highly sought after kitchen strips and distribute them to other students in exchange for favors. It's narrated by Danny Pudi's Abed, offering his best Ray Liotta impression, with segments straight out of Goodfellas.

It's another testament to how Community takes different shapes while still managing to keep an identity of its own. Unique character moments shine through the blatant tributes and references to pop culture.

The episode that spawned one of the best gifs of all time. 'Remedial Chaos Theory' sees all seven members of the group make their way to Troy and Abed's apartment for a housewarming party. Once the pizza arrives, Jeff convinces everyone to roll a dice to see who has to go down to pick it up.

After that, the episode breaks into seven different timelines, showing what would have happened if each person went to get the pizza. The results are as hilarious as they are different. 'Remedial Chaos Theory' happens at Community's highest point – before network drama and cancellations took their toll on the cast and crew. It's creative, eye-catching, surprising, and funny all at the same time, making it the very best episode of Community.