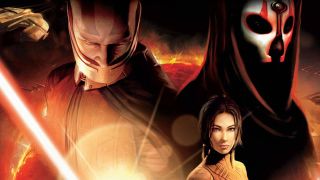 A Star Wars: Knights of the Old Republic sequel is apparently in development at EA, according to a new report from Cinelix, the same source that accurately leaked the existence of the Obi-Wan TV show last year.

Citing two separate sources it claims are close to Disney's Star Wars plans, a new take on BioWare's RPG has been greenlit by publisher Electronic Arts, one designed to "integrate elements from the first two games in order to bring certain things into the current Star Wars canon."

The best Star Wars movies ranked, from A New Hope to Solo

Rumours of a KOTOR remake have been swirling for years, but this report now claims this latest project is more of a sequel/re-imagining than a by-the-numbers reboot; think the latest God of War game, and you get the idea.

Given the recent success of Star Wars Jedi: Fallen Order, and all that talk of an ambitious multimedia project from Disney known as Project Luminous, it wouldn't be all too surprising to see EA revive the much beloved Knights of the Old Republic universe back to life.

It's unclear whether BioWare itself - currently working on Anthem, Dragon Age 4, and a new Mass Effect game - has much involvement with this rumoured sequel, though it seems unlikely given how far the studio is already stretching itself. Either way, if the force is with us, we'll hopefully hear more official details at this year's upcoming E3 expo.

While we twiddle our thumbs waiting for a new KotOR game, what are the best MMORPGs to play in the meantime?