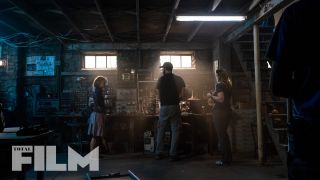 A Quiet Place Part II might be something of an unexpected sequel – after all, even writer/director John Krasinksi wasn’t sure about a follow-up at first – but could it lead to a trilogy? After all, the ‘Part II’ almost makes it sound like the next chapter in a bigger story. And Part IIs often lead to Part IIIs…

“I set up a couple of tiny little Easter eggs in II that not only explain more about I, but would allow for more mythology,” Krasinski tells our sister publication Total Film magazine in their latest cover story. “But, being a Boston Catholic, I can’t be like, ‘Yeah, of course, there’ll be a third!’ No, not at all.”

No discussions have been had at this point according to the writer/director. “I haven’t heard from the studio that they want a third one,” he adds. “But the good news is that the studio and I are on the same page in that this isn’t one of those franchises where we keep pumping them out if they make money. I think we’ve proven that this is an original idea that is really beloved by people in a way that… I don’t want to break that promise to people.”

Krasinski and his cast talk in detail about the upcoming sequel in the new issue of Total Film magazine, on digital and real-world newsstands from January 17. A Quiet Place Part II opens in cinemas on March 20.