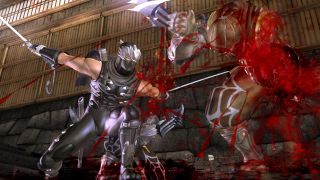 Team Ninja knows fans want a new Ninja Gaiden, and it does too. In a recent interview with IGN, director Fumihiko Yasuda revealed that Team Ninja hopes to make a new game soon after it ships the upcoming Nioh 2 and it has even been inspired by the sudden surge of ninja games.

“We are aware that some fans wanted Ninja Gaiden more than Nioh 2,” admitted the director. “Now we see a lot of ninja games like [Sekiro: Shadows Die Twice] as well, and we see a lot of good inspirations in those games, so we hope to deliver some good news one day.”

It’s an honest assessment of one’s own upcoming game, but it doesn’t come off as harshly when you consider the bulk of the Nioh 2 team also worked on the Ninja Gaiden series, as Yasuda revealed to the outlet. He added that the “core members of the team that worked on Ninja Gaiden want to make a new game.”

It seems they’re itching to get back to the popular series just like some fans are, even as more newcomers arrive on the scene, such as the upcoming Sony first-party title Ghost of Tsushima. The most recent mainline Ninja Gaiden game, Ninja Gaiden 3, launched in 2012. Even if ninjas become as ubiquitous as zombies, something tells us fans won’t mind Team Ninja throwing its hat into the ring.

As for Nioh 2, it looks like it will be just as difficult as before, but this time players will have more tools and tactics to use in the soulslike sequel. Nioh 2 arrives on March 13.

If you simply must see katanas in action today, this extended Ghost of Tsushima trailer is impressive.