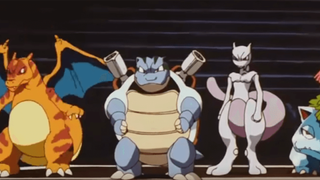 Pokemon GO's pocket critters will be receiving a cosmetic update in the form of Clone Pokemon on February 25.

Much like the update in which we got a look at the Alolan counterparts of our favourite battle buddies, this update will feature the reskinned versions of certain Pokemon.

Where to find Clone Pokemon in Pokemon Go

What are Clone Pokemon?

If you’re not quite clued up on old school Pokemon, there’s a chance you have no idea what we’re talking about. Clone Pokemon originate from the first movie, aptly named Pokémon: The First Movie. In the film, Mewtwo creates an army of Pokemon, burning a distinct pattern into their skin in the process. The scene was both sad and unsettling, so now you get to relive those er, cherished memories by rounding up a bunch of clones for your collection. Hopefully we’ll see more Clone Pokemon make an appearance, as in the movie, Mewtwo created 24 of them in total:

In addition to the clone event, Pokemon GO has a plethora of upcoming events spanning February, covering Valentine’s Day and Pokemon Day, (February 27) and with the newly released Pokemon Home, you’ll be able to collect to your heart's content.

Have you just started in Pokemon GO? Check out our write up of Pokemon Home introducing Grand Oak.