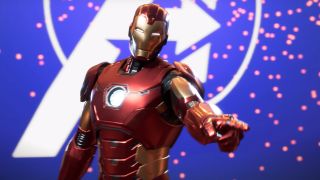 So far, Marvel's Avengers game hasn't made a great impression. Ever since debuting at E3 2019, Square Enix and Crystal Dynamics' upcoming action game has been high on promises, light on gameplay, leaving fans worried whether we should start preparing to expect the worst.

Then, earlier this month at SDCC 2019, some behind-closed-doors gameplay leaked, revealing an experience that looked heavily scripted, which hardly made matters much better. One thing that has left many impressed, however, is Marvel's Avengers' cast of Earth's mightiest heroes, which includes the likes of Troy Baker, Laura Bailey, Travis Willingham, and Nolan North.

North himself recently spoke about the game at Manchester Comic-Con in the UK, and – clearly aware of the backlash – assured fans that Marvel's Avengers is going to be a superhero power fantasy worthy of its namesake.

Here's all the details about Marvel's Avengers gameplay, from each characters' special abilities to their weapons

“It absolutely is one of the most stunning things…", promised the prolific voice actor [via GameByte], "you can’t tell where in-game cinematics and gameplay [separate]…it’s so seamless…"

“You always worry that [a game] looks so good, and then you get the game and you’re like, ‘oh gameplay doesn’t look as good.’ [Avengers] really, visually, it’s one of the most stunning things I’ve ever seen. And obviously with The Last of Us, Uncharted, they’re amazing, but [Avengers] blew me away.”

We're finally getting an official look at Marvel's Avengers gameplay during Gamescom 2019 next month, so we'll be able to see if North is speaking the truth for ourselves. If not, well, the game isn't out until 2020, so Crystal Dynamics still has some time to polish things up. Fingers crossed...