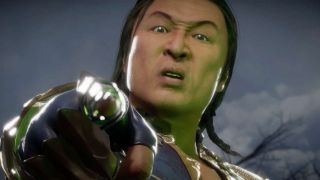 Get over here! The new Mortal Kombat movie is going to stay true to the source material. Writer Greg Russo has revealed that, yes, it’s going to be R-Rated (a first for the franchise, remarkably) and will include as-yet-unconfirmed Fatalities. Spine rip, anyone?

Taking to Twitter, Russo, who has penned the screenplay for 2021’s Mortal Kombat movie as well as the forthcoming Resident Evil reboot, has put to rest any fears that the rebooted instalment would be taking cues from the tamer Mortal Kombat adaptations.

“I'm gonna put this one to bed,” Russo began, “[The Mortal Kombat movie] WILL be R-Rated and for the first time EVER, FATALITIES will FINALLY be on the big screen.”

Russo, though, is holding back on which Fatalities will be included. Some of the most iconic over the years have included Kano ripping out his opponent’s heart, and Liu Kang’s Beast Within, which sees the warrior turning into a literal dragon and cooking his opponent medium-rare. It remains to be seen whether they’ll make the cut – but it will no doubt earn its R-Rating either way.

For fans of the franchise, this will be sweet, bloody music to their ears. Mortal Kombat’s movie efforts have ranged from hilariously camp (Mortal Kombat) to the downright excruciating (Annihilation). Each of those had a PG-13 rating, which is at odds with the series’ flagrant disregard for the wellbeing of its fighters.

The new Mortal Kombat movie is looking to change that perception: Fatalities are in, and so is a no-holds-barred R-Rating. All we need is a kick-ass director and some hard-hitting action and we’ll finally be given the Mortal Kombat movie we were promised a quarter of a century ago.

From Detective Pikachu to Tomb Raider, here are some of the best video game movies around.