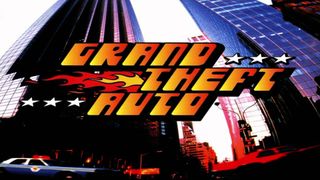 This Saturday, October 21, the original Grand Theft Auto turns 20 years old. In the last two decades, the open world crime series has gone on to become one of the best selling and most iconic franchises in video game history, with GTA 5 still consistently sitting near the top of the weekly sales charts to this day.

To celebrate this momentous anniversary event, we're republishing our deep dive feature into the making of Grand Theft Auto from 2006. It's split into three parts, but you can read the entire thing from start to finish from here, kicking off with part one below. Enjoy!

Part One - The perfect crime

Development of Grand Theft Auto, or Race 'n' Chase as it was originally known before a clash with a Matchbox slot-car racer forced a change, was collaborative and often tempestuous, and as a consequence it's extremely difficult to pin down the specific turning points, even for those who were there at the time.

Its early days, however, are somewhat easier to piece together. "The original idea was to create a game based in a living city," remembers DMA lyricist and PR head Brian Baglow. "The idea was to build an active environment that could react to the player and where there were consequences to their actions."

Developers at DMA had grown tired of the stereotyped settings and implausible enemies that seemingly existed for no reason other than to harass the player, constantly reminding them that they were playing a game. They wanted something more convincing, more immersive.

'Living' environments seemed to be the answer and several of the designs being worked on at the Dundee-based developer took this idea to heart. Body Harvest, for example, would be set on a series of sparsely inhabited islands, but the most ambitious of these worlds would be to make an entire city.

The first DMA living city bore little resemblance to the final game's distinctive look. Programmer Mike Dailly had produced a prototype city engine using a sophisticated, rotateable 3D isometric-style view. The gameplay for this modern-day metropolis was intended to concentrate on direct conflict between rival gangs, largely on-foot because the view was ill-suited to driving.

Unfortunately, as the engine moved from prototype to production, there were problems getting the required performance - and coupled with the release of the similar looking, if not playing, Syndicate Wars it caused the team to reconsider the ambitious project. But, fortunately, Dailly had been working on another, unrelated idea.

Platform games had served DMA well and Dailly had been impressed by the new graphical approach from Sega's Clockwork Knight. Although at heart a traditional side-view platformer, Knight used the 3D abilities of the new Saturn console to add a perspective display to the platforms.

This gave them a convincing depth, the end nearest the player looming large, and reducing as it receded into the distance. Dailly had prototyped the effect, and liked it. Could DMA use this approach for a new game of its own?

A chance remark about top-down racing games, however, got Dailly thinking: "It occurred to me that although I had a side-on engine, all I needed to do was add a floor, and it could be an above engine. So, with programmer graphics, I set about using the previous prototype as a base."

He showed the game to studio boss Dave Jones, who was immediately impressed: "It was a good-looking technical demo," he recalls. "By staying with this pseudo-3D engine we could populate the world quite heavily compared to full 3D cities. With the camera attached to a car it would pull out quite a distance as you travelled faster. You got a great sense of depth."

The constrained viewpoint allowed Jones to flesh out the concept by concentrating on what was in the city, rather than on what it looked like. "I wanted to create as busy a city as possible. I felt that a classic cops and robbers style of game would really appeal." Race 'n' Chase was born and pitched to BMG as a title that Jones wanted to develop.

Head to the next page to read on with Part Two - Cops or robbers.