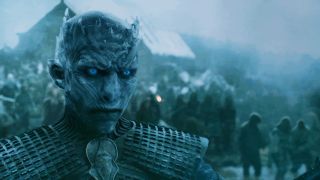 With the Game of Thrones season 7 finale behind us, it's time to go into full-on conspiracy mode. Not that some viewers weren't already doing that, but you get my point. Now thanks to comments from the HBO show's cast and crew, you can cross out at least a few fan theories.

Before we get to the chopping block, you should be warned that there are SPOILERS ahead. Okay? Let's proceed.

Bran is (not) the Night King

Bran Stark, who gained the powers of far-seeing, possession, and even time travel, has become a major fixation for fans. His suite of powers and the implied costs of using them make him ripe for conspiracy theories, but the theory that he is the Night King (one of the most popular of said theories as of late) has been shot down by the actor who plays him.

Isaac Hempstead Wright told Vulture in a recent interview, "I think it's less that they're the same person and more that they're two of the ancient beings of Westeros. The Three-Eyed Raven has been around for God knows how long, and White Walkers have been reported since the beginning of time. As we've seen, they were created by the Children of the Forest, so we can't get much more ancient than that. Perhaps we can think of it as these are two characters with a huge amount of power, but one is a Frankenstein's monster who is driven by nothing but hatred and violence. Then there's Bran, who uses his powers for good."

Of course, Wright could by lying, but I personally don't think that's the case here. Besides, he admitted he doesn't know what GoT season 8 will bring, and he's not a writer of the show, so his own interpretation could end up being wrong. But for now, I'd consider this theory to be on life support, if not dead.

After Jon and Daenerys went to bed, the GoT season 7 finale lingered on a shot of Tyrion looking displeased. Some took it as a face expressing guilt and posited that Tyrion knows Cersei plans to betray Dany. After all, we don't actually see the conclusion of his private discussion with Cersei from earlier in the episode, and she explicitly tells Jaime her backstabbing plans.

Others thought they saw the hint of jealousy in Tyrion's eyes. One of the few remaining Lannisters did lose his previous love, and he has spent a lot of time in Daenerys' presence; it's not unreasonable to think he could have become attracted to her in that time.

But season 7 finale director Jeremy Podeswa told the Daily Beast that neither interpretation is accurate. "The way I see it is Tyrion is a bit of a strategist - not just a bit of a strategist, he is a major strategist - and I think now, he can't see where this is gonna go and that's very difficult for someone who is always thinking three steps ahead. The consequences of Dany and Jon getting together are completely unknown. Is she gonna make decisions now based on this new relationship? Is she gonna be able to separate her personal [interests] from the interests of the greater group? What is this going to foretell for the alliance and what they're all meant to do as a united front?"

Again, anything can happen between now and the Game of Thrones season 8 premiere, but for now it seems like we'll have to focus our attention on other theories. I've got this wild one that Game of Thrones is actually all happening inside the mind of an elderly novelist from New Jersey...