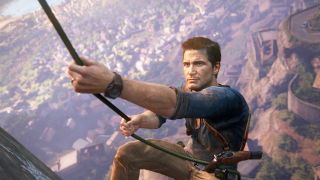 Three years on from Microsoft’s much-maligned Xbox One unveiling, it’s a little easier to understand just why the Redmond giant, seemingly on top of things with Xbox 360, misjudged the mood so spectacularly when it came to lifting the lid on its successor. If anything, Microsoft was a little ahead of the curve.

The last decade has seen a gradual shift in the reasons why people buy the consoles that they do. In the past, genuine exclusives - titles limited to either Nintendo or SEGA’s latest machine, more often than not due to the technical difficulties of porting between systems rather than any great loyalty - were the deciding factor. Now brand recognition, special offers at retail, or simply which console is in stock are the motivations that rule the roost.

When the libraries of both PS4 and Xbox One look largely identical thanks to the similarity of their hardware, it should be of little surprise that gamers have shifted focus to other factors when they decide to part with their cash. A lack of a Netflix app is arguably more likely to have an impact on sales longterm than missing out on a game or two.

Put in that light, it’s not hard to understand why Microsoft (mistakenly) deemed focusing on services was the right move for Xbox One’s debut. It stands to reason Microsoft assumed gamers would understand its new console would play host to all the big hitters and, instead, decided to show off its prowess as a media player instead. As PS4 has proved, however, there’s definitely value in putting games first, even if it’s the entire range rather than one or two exclusives.

Nevertheless, the question that stirs is, if a giant like Microsoft could so easily overlook the potency of exclusive games during its most important product unveiling for years, have they lost all of their power?

“I think clever marketing and brand loyalty has more of an impact to the games themselves,” offers Ryan Brown, developer at multiplatform focused studio BillyGoat Entertainment. “An exclusive game may shift a few units, but for the masses something more widescale - like Sony’s '4 The Players’ campaign - can have a far wider and more long term impact.”

Campaigns such as Sony’s are just what the fanboys and fangirls thrive on. Still alive and well despite the apparent lack of ammunition in their arsenals (actual bona fide exclusives for their console of choice), scan through any E3 hashtags on Twitter during any of the major player’s press briefings, and you’ll see the level of vitriol has not been diluted by time. The exclusives that do exist have taken on almost jewel in the crown status as a result, with the studios behind them equally sainted.

“So much has changed in our industry in the last 10 to 20 years,” says Ryan Schneider of one such developer, Insomniac. “Fewer third-party developers exist - or more are making mobile games now - triple-A games are more expensive to make with publishers therefore making fewer big bets, and the consoles themselves have got gradually easier to work with as each cycle gets longer and longer. Also, the technical architecture of each console was very different [years ago], meaning porting wasn’t necessarily the cheapest or easiest thing to do. As things have evolved, there are less technical reasons as to why games can’t appear on multiple platforms, so from a third-party perspective, it makes less sense to lose a portion of the audience unless there is a special deal in place.”

Insomnia has played both strategies - exclusives and multi-platform. The studio, though independent, enjoys a close relationship with Sony, having handled key PlayStation IP like Ratchet & Clank , Resistance: Fall of Man and the newly announced Spider-Man release for PS4. However, Song of the Deep is out not only for Sony’s system but also Xbox One as well.

Onlookers might ponder just why all Insomniac’s aren’t games multiplatform. Schneider’s answer suggests the studio is not blind to the respective advantages and disadvantages of the two approaches.  “Platform exclusives can be a point of differentiation and competitive advantage,” he continues. “At the same time, that exclusivity can be controversial, as we ourselves have experienced when we first shifted to multi-platform development.”

Schneider’s point that the walls have come down between platforms is a common view amongst developers. “Game engines like Unity and Unreal have really helped streamline development,” says Ryan Brown. “They just make it so much easier to develop for multiple platforms.” Unity is perhaps the most vocal evangelist for multi-platform development, having set out with an intention to ‘democratise game development’. Its arrival on the scene in 2005 not only offered developers a way to work on multiple platforms at once, but also encouraged its rivals to follow the same agenda.

“Cross platform commercial engines have made things easier for developers, for sure, but you still need to bear in mind the hardware you are targeting,” suggests Andy Brammall, regional sales director at Unity. “Platform exclusives need to be the type of title that will make people buy the hardware simply to play that game. In today’s climate, the number of studios with the size and technical capability to develop that sort of quality has been much reduced compared to five or ten years ago.”

Brammall claims a move towards mobile and PC games has also created a culture of multiplatform development, though notes that there are still times when even Unity would advocate developers delivering exclusives for key platforms - if only to make a name for themselves. “History has shown that quality studios that invest a lot of time building a long term relationship with a platform holder by building technology and successful games often end up being acquired - Naughty Dog, Media Molecule and Guerrilla Games are all successful examples. More recently there are examples where a really ambitious game like No Man’s Sky has been given the freedom to be developed as a result of the long term support of Sony.”

There’s no escaping the fact that big console exclusives can still make a big impression for studios, both on platform holders and on the charts, however. Uncharted 4's success has made major headlines for PS4 in recent months, while Quantum Break became Microsoft’s fastest selling IP on Xbox One in the UK back in April. On the flip side, however, Microsoft’s deal with Square Enix for a year’s exclusivity for the latest Tomb Raider didn’t deliver the goods, pushed heavily last Christmas but failing to dent PS4's lead over the festive period or even shift significant units of its own. Lara let the side down.

As the testament of everyone we’ve spoken to suggests, however, the notion of purely using exclusives to sell your console is rare in the modern era because it simply isn’t that successful. A change in the way games are sold - the digital revolution - has altered the approach developers take to development, leaving timed-exclusives like Tomb Raider a relic of the past. It could even be argued that paid-for exclusives of any length annoy the gamers of 2016, rather than entice them.

“It’s hard to underestimate the impact of Steam on the industry,” offers Dan Pinchbeck, creative director and studio head at The Chinese Room, the outfit behind the celebrated PS4 exclusive Everybody’s Gone To The Rapture. “Suddenly, tiny companies an succeed without requiring vast marketing budgets, so you just don’t need publishers to get sales in the same way, and that means platform holders can open up their platforms more as they understand that having lots of cool content is a big part of selling it. The balance between the volume of content ans the requirement for lots and lots of ‘hero’ exclusive games - like Halo or Uncharted - has shifted as a natural part of that.”

Pinchbeck most certainly isn’t of the view that the exclusive is dead, however. “The immediate future is virtual reality,” he concludes. “Whatever happens, there’s going to be a whole load of exclusive content arriving on Daydream, Gear, Oculus, VIVE, PlayStation VR, etc, because those platform holders all want great content so people chose that hardware specifically.” While there’s a certain sense of stability in the console wars - Sony, Microsoft and Nintendo having traded off against each other for three generations now - the upcoming battle between VR tech is going to bring new players into the mix. The belief is, exclusive games may yet prove to be a valuable weapon VR platform holders will want to wield once again.

While Valve’s Gabe Newell has recently warned against VR exclusives, claiming any investments his company makes in game development will come with no strings attached, Oculus has come out to claim exclusives will be a valuable tool in the race to get games on its platform as good as they can be as quickly as possible. Speaking to GamesIndustry.biz, Oculus’ Jason Rubin said developers, wary that VR platforms won’t have a sizeable user base for many years to come, may look to dual-developer VR and non-VR versions of games in order to make their money back. Oculus, therefore, is willing to invest to fund the development of VR only games, in exchange for some form of exclusivity.

"As a developer looks at a multi-million dollar production in VR right now, they say there's no way that will earn its money back in any reasonable amount of time, so instead I'll go make a non-VR PC game of that scale if I want to because that's a better bet. We don't like that,” offered Rubin back in June. "So what Oculus has said is, 'Why don't we throw more money into the ecosystem than is justified by the consumer base,' which will lead to a consumer base that's larger."

In short, Oculus is going to use exclusives to accelerate the quality of VR games and, in turn, accelerate take up of VR. It’s a strategy that means some of the newest, most progressive games tech is going to fall back on one of oldest tricks in the book in order to win over gamers: offering consumers titles they can’t get on rival systems. Exclusive games being used to sell new gaming tech, you say? Plus ça change.