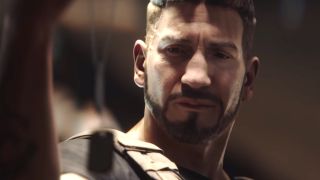 I'm no soothsayer, but if were to guess, I'd say Ubisoft is very much gearing up for the release of a sequel to Ghost Recon: Wildlands. Not only is the multiplayer open world shooter going free to play this weekend, but the game's new Operation Oracle DLC has a forward-thinking story that seems to point heavily to the series' future.

Plus, one of Wildlands' longest running mysteries has been concluded with this update, revealing an invite that seems to confirm the date and time for an upcoming game reveal. Months ago, an in-game Easter egg led Wildlands players to a strange trailer hidden online for Skell Technology; a fictional company that appears in a number of Ubisoft games, including Rainbow Six: Siege and Watch Dogs 2.

At first, it didn't seem to point to anything much, but the Skell Technology website (which is first found in-game as part of Wildland's new Operation Oracle content) now includes a Save the Date for "SkellCon" on May 9 at 11:30 AM PST/ 2:30PM EST/ 7:30PM BST. The page even includes a pending ESRB rating, suggesting this is very much a new game in and of itself, and not another expansion.

Whatever it is, be it Ghost Recon Wildlands 2 or Watch Dogs 3, it looks like the ominous Skell Technology will be a central part of the concept, and you'll be able to watch the reveal event live, adding it to your in-browser calendar. We'll let you know if anything else about the mystery title surfaces but, in the meantime, why not let us know what you'd like to see from a Ghost Recon sequel in the comments below?

Could Ghost Recon: Wildlands 2 be on the cards as a surprise E3 2019 game? Watch the video below for a highlight reel of the ones we know about so far.