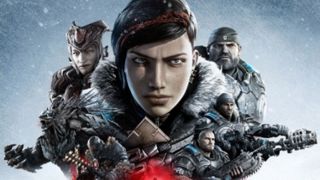 The second wave of the Gears 5 beta tech test has begun. If you missed it the first time, you've got another shot this weekend to try two multiplayer maps and three multiplayer modes, including the new Arcade mode. Here's how to get involved.

How to download and play the Gears 5 beta tech test

To participate in the Gears 5 beta tech test, you'll need to be an active Xbox Game Pass or Xbox Game Pass Ultimate subscriber. Failing that, you can pre-order Gears 5 digitally or physically for Xbox One, or via the Windows Store on PC, and redeem the code you receive.

What are the Gears 5 beta tech test dates and times?

As The Coalition explained in a blog post, the tech test will feature three multiplayer modes and two maps. It will be our first look at the newly revealed Arcade mode, and it will also have two other modes coming in Gears 5: the Bootcamp training mode and a custom Tour of Duty challenge. Completing the tech test Tour of Duty will award you with medals used to unlock tester-exclusive weapon skins and a banner which will carry over into Gears 5.

Gears 5 won't have a season pass or Gear Packs and all DLC maps will be free.