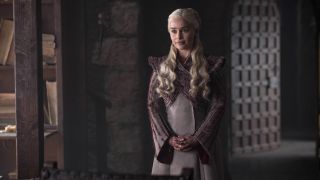 If you haven't seen Game of Thrones season 8 episode 2, look away now. In our latest behind the scenes look at the making of the HBO mega series, David Benioff, executive producer and writer, explains why this pre-battle episode is so important.

"For us what was interesting about this episode was always that it's our last night together, and everyone, I think, would face the end in different ways," says Benioff.

The episode had some lovely reunions, some unexpected joys - like Brienne of Tarth's knighting or Tormund's giant story - and a creeping sense of dread for fans who know that their favorites are probably going to go to the big tavern in the sky in next week's episode.

"Everyone faces it in different ways but they're all facing it," adds Benioff. "That's why this episode was so important to us because it's all these characters that we've been following for so long and now they're all facing a common enemy."

"The most wholesome episode ever" – how the internet reacted to Game of Thrones season 8, episode 2