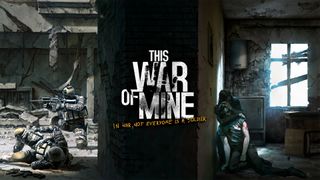 While the feature is still yet to roll-out across the full catalogue, this week's free weekly game offerings on Epic Games Store – This War of Mine and Moonlighter – permit players to save their progress to the cloud.

In a succinct message on the Epic Games Store Reddit (thanks, VGC), u/Henrysk shared an image illustrating there was the option to enable cloud saving on Moonlighter. An Epic spokesperson promptly responded to the post, confirming the option was indeed available for both Moonlighter and This War of Mine, and confirmed: "cloud saves will be coming to additional games soon".

Questioned directly on Twitter, Epic CEO Tim Sweeney also confirmed the feature. "Cloud saves are enabled for a couple of new games right now,” he tweeted. “We have a bit more work to do before rolling it out more widely.”

When pressed further, Sweeney added that enabling cloud saving is a "manual process for the store team per game" but "it usually doesn’t require developers to update their games".

Cloud saves are enabled for a couple of new games right now. We have a bit more work to do before rolling it out more widely.July 25, 2019

According to EGS' roadmap, the ability to save to the cloud was supposed to roll out in May, but the feature was delayed – along with several others – a few months back.

Sweeney says "gamers don't see" all the ways the Epic Games Store is helping the industry. As Austin summarised, while it's drawn support from developers for its more generous 88/12 revenue share model (by comparison, Steam offers a 70/30 split), it's also drawn ire from some players by buying up exclusives like The Division 2, Metro Exodus, and The Outer Worlds. However, Epic is confident its storefront is helping the games industry, even if gamers don't always feel that way.

For the very latest on Epic's other baby, check out what's new in our Fortnite patch notes update.