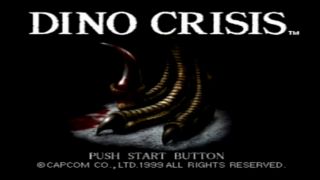 If a recent trademark filing by Capcom is any indication, it seems a new Dino Crisis game could soon enter development. The veteran developer and publisher filed multiple new trademarks in Japan for IPs including Rockman (Mega Man), Power Stone, and Darkstalkers.

The Japanese trademark filings (thanks Bloody Disgusting) are anything but confirmation of a new game in any of the aforementioned series, but it's a hopeful sign for Capcom fans and retro survival horror fans in particular.

It seems relevant to mention that Capcom's 2019 investor report revealed vague plans to "[awaken] dormant intellectual properties," adding another sliver of hope to gamers hoping for a revival of the Dino Crisis or Darkstalkers series.

Then again, it isn't at all uncommon for publishers to file trademarks at seemingly random intervals to protect older IPs from being picked up by other developers.

Still, Capcom has seen a lot of positive reinforcement to remake old games - the Resident Evil 2 remake is among GamesRadar's 100 best games of the decade, and the newly-revealed Resident Evil 3 remake is attracting plenty of praise - so it's not without some considerable context that we speculate on a new game in the Dino Crisis franchise.

The original Dino Crisis from 1999 and its sequel are classics of the survival horror genre, although sadly the franchise went dormant after 2003's Dino Crisis 3. With a new decade just around the corner, it's high time we see a return for several of Capcom's long-lost IPs.