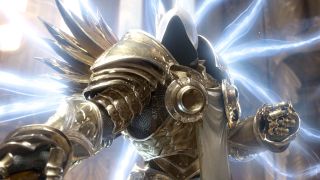 Diablo 4 is looking ever more certain between a fresh crop of Blizzard job openings and reports that an early version of the game has been demonstrated within the company. Blizzard Entertainment's career page reveals nine active listings for new employees on an "unannounced project" within the Diablo franchise. They aren't necessarily bound for Diablo 4, but since the game is unannounced, the positions must not be for work on the mobile Diablo Immortal game that was revealed at Blizzcon 2018.

The nine active listings include openings for an executive producer, lead character artist, and lead concept artist, all of which are fundamental roles in the creation of a modern, big-budget video game. Those positions being unfilled (or seeking new talent) implies that the unannounced Diablo project is still a number of years away from completion. However, Blizzard reportedly has something to show about the game even at this early stage.

According to a fan-translated report of France's Le Monde, Diablo 4 has already been shown off in some form to teams at Blizzard Entertainment, along with internal confirmation that a new Overwatch game is also in development. That report lines up with an earlier rumor that Diablo 4 and an Overwatch sequel were still on the way after Blizzard canceled secret work on a StarCraft online shooter.

Diablo 3 first came out in 2012 to both praise and controversy. Running through procedurally generated dungeons and cutting down crowds of enemies was as fun as ever, but fans complained about the effects a real-money auction house for in-game items had on the act of discovering treasure, as well as a more vibrant art style that leaned away from the gothic horror of the first two games. Removing the auction house, the Reaper of Souls expansion in 2014, and a continued series of seasonal updates (we're on Season 17 now) have kept Diablo 3 active and improving in the years since.

If it feels like the wait for Diablo 4 is interminable, just remember that there was a nearly 12-year gap between Diablo 2 and 3, and also that WarCraft RTS fans haven't gotten a new one of those since 2002. Blizzard taking its time is one of the sweet sorrows of enjoying the studio's franchises.

Find more to play while you wait for the next Diablo to arrive in our list of new games 2019 and beyond, or see what's on the way this week in our latest Release Radar video.