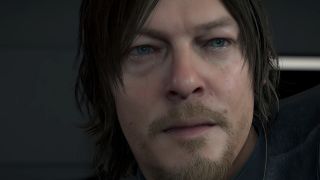 PT is an endless pit of mysteries, and its latest revelation is that you were actually playing as Death Stranding's Norman Reedus character model the whole time.

Thanks to some crafty camera-modding by prominent YouTuber and hacker Lance McDonald, we now know the Norman Reedus we see in the ending cinematic is the character you're forcing to witness PT's ghastly horrors.

Just to put any uncertainty finally to rest after all this time, yes, the guy you play as in P.T. is the same guy we see in the ending cinematic. Not that there any real doubt, but yeah, it's Norman Reedus the whole time. pic.twitter.com/PXh5svLRSiDecember 12, 2019

McDonald is also the one who gave me nightmares when he revealed Lisa is closely stalking you through the whole ordeal, and perhaps I would've slept more soundly had I known I was Norman effing Reedus the entire time.

And again, McDonald is the prolific revealer of PT's secrets that uncovered this immensely disturbing bathroom scene. If there's one thing McDonald is proving throughout this whole series of slow-drip PT revelations, it's that PT deserved to become a lot more than a simple demo, and it's a shame we never got to officially see the full breadth of tricks Kojima had hidden up his sleeve.

The light at the end of PT's halls is that Kojima recently revealed his plans to make "the scariest horror game." Apparently, he'll run through a catalog of horror movies to inspire his next project, beginning with the Thai horror movie, The Eye.

If it's anything like PT, I'm both terrified and excited as hell for what Kojima's got planned.

Even though it sadly never made it to full release, find out where Kojima's PT demo landed on GamesRadar's list of the best horror games of all time.