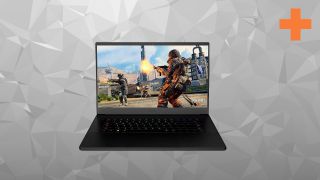 Getting a cheap gaming laptop for under $1000 often feels like a tough ask - especially for one you can have confidence in - but actually, with a bit of digging its becoming increasingly possible to snap up a cracking deal. As long as you give some context and perspective to your expectation and familiarise yourself with the general levels and spec compositions, then getting a powerful, but cheap gaming laptop deal will serve you well and won't break the bank. With today's low-to-mid range components still being of a great standard, those cheap gaming laptops under $1000 that are missing the bombastic headline, premium components can still play a lot of AAA games and a lot of esports games that are very contemporary and popular.

However. As you're on this page, it'll be obvious but I need to make sure we're all aware of the limitations applying (any) budget to gaming machines usually applies. Keeping a really good gaming laptop under the $1000 price mark is notoriously difficult and rarely seen as a result. Because of this, we're likely to see compromises left, right and center, particularly on the core components found within. This is likely to be on the graphics card in particular, but will also apply to SSD/HDD storage combinations, the amount of RAM and the processor, though these are the components that are more often seen to be of a higher standard - at least right now anyway.

We'll update this as soon as we get wind of any wicked cool cheap laptop deals, but a fair disclaimer would be that, because they'll be so good and cheap, they might change or stock levels might fluctuate wildly. Anyway, let's get to it...

The best cheap gaming laptop deal of the week

If you can stretch to just over the $1,000 mark, then you can edge closer to guaranteeing the spec you want and the accentuated versions of some of the builds above that go for less money but might not have everything you're looking for.