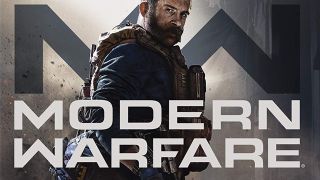 Infinity Ward has announced that its extending season one of Call of Duty: Modern Warfare until February 11. The studio says the delay is happening to make room for additional rewards, like a challenge that gets you a crossbow.

Infinity Ward announced the extension on their website, writing: "Over the next few weeks, a host of new items and challenges will arrive, including an in-game Challenge to earn the new Crossbow weapon, more remixed game modes, new playlists, and more in the Store to discover. To make room for all that activity, we are making a one-time extension of Season One – it’s now ending on February 11. During that time, there will be 2XP, 2X Weapon XP, and 2X Tier Progression to help you finish up your Officer Ranks and Tiers, and get you ready for an exciting Season Two."

Most likely, the extension is necessary to development on season 2, but it's nice of Infinity Ward to add additional rewards to season 1 to make the wait easier on players excited for the next big content drop.

Call of Duty: Modern Warfare recently added the long-awaited Gunfight 3v3 mode as part of the Gunfight Trios playlist. The new mode joins a list of updates detailed in a recent roadmap for new content drawn up by Infinity Ward.

This can all be a lot to take in if you're new to the game, so start with these 13 essential Modern Warfare tips before you dive in.