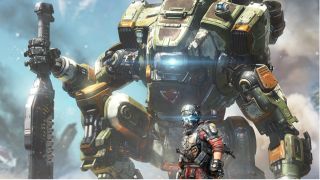 It's nearly Christmas which obviously means DEALS! And something about love for your fellow man, food, and I think stables fit in there somewhere.

Anyway, the main thing is that PlayStation are selling games cheap. That's what's really important at this time of year. Now, there are different deals for the US and UK Stores and they change over time, so keep up and see if you can grab a bargain. Here are today's:

Today's deal is a rediculous 54% off Titanfall 2, one of the best games of the year. Like all the UK Christmas deals this is a limited time offer, so you'd better grab it before the end of today if you want it for that low of a price.

The US is doing things a little differently to the UK with a range of weekly deals, so we'll pick out the best for you, (or you can check them all here).