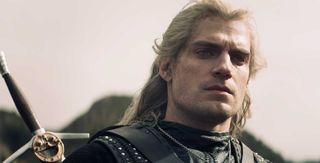 As you sit down to watch The Witcher Netflix series, it might be worth thinking back to your first encounter with Game of Thrones. Unless you already had a decent working knowledge of George R.R. Martin’s novels, being faced with a relentless bombardment of Starks, Targaryens, Baratheons, Lannisters, Snows, Littlefingers, and Drogos is the sort of overload that can drive a viewer to madness. Throw in all those unfamiliar locations – Winterfell, King’s Landing, the Wall, Essos, with many more following soon after – and you’re facing a show that could require serious note-taking before you can really get stuck in.

Luckily, Game of Thrones’ opening credits provided a map to help you get your Westeros bearings. Unfortunately with The Witcher Netflix series, it’s not so easy. With a timeline hopping chronology straddling the so-called Continent, you’re instantly thrown into a strange new world of unfamiliar faces, countries, and creatures. So in order to help you tell your Rivia from your Nifgaard, your Cintra from your Blaviken, GamesRadar+ has assembled this handy guide of the most important locations in the show – along with the key players who call them home. We’ve also thrown in a little bit about the non-human races in the show.

But first, SPOILER WARNING! The following contains huge spoilers for all eight episodes of The Witcher Netflix series.

A small kingdom, not visited on screen, but often mentioned as the home of legendary Witcher Geralt.

The Witcher of the show’s title, a legendary white-haired monster hunter often known as the “White Wolf”. As well as being a cunning warrior and detective, he has a solid grounding in magic, and several superhuman mutations that are rather helpful in the day job – like a heart-rate four times lower than a normal man’s that makes him less susceptible to poisoning. Calls his horse Roach.

Known as Dandelion in the books, this travelling bard isn’t from Rivia, but he spends a lot of time with Geralt so we’re going to give him honorary citizenship. He tags along with Geralt in the expectation he’ll witness loads of interesting stories to sing about, and a grudging friendship eventually develops.

The group of mages, witches and wizards who administer magic across the Continent – ruled by the five members of the Chapter of the Gift and the Art. New mages are trained at Aretuza, before being dispatched to various kingdoms across the land.

Along with Geralt and Ciri, Yennefer is one of the three character arcs the show follows. Living in a small village and bullied for her appearance (she has curvature of the spine), the young Yennefer is recruited to be trained as a mage. After “ascending” (ie qualifying) she takes a position in the court of Aedirn, before becoming disillusioned with the order and going freelance. She has an on-off relationship with Geralt, and is obsessed with finding a way to reverse the infertility that was the price of her beauty. She also has some Elf blood.

Based at Aretuza, Tissaia is the principal of the magic school Yennefer attends. Unflinchingly hard on her pupils – things don’t end well for failing students – she nonetheless has a fondness for Yennefer, albeit well hidden.

A wizard who strongly lobbies to take the fight to Nifgaard after the invasion of Cintra. Has a past as a military man, so is just as comfortable using a sword as magic.

A sorceress who enlists Geralt’s help to take down a Striga in Temeria, and later joins the fight against Nifgaard at Sodden.

A mage who has a relationship with Yennefer while she’s training to be a sorceress. Turns out they’re both spying on each other to report back to their respective mentors.

A pompous elder wizard obsessed with killing children born during the once-in-a-millennia eclipse that created the “Curse of the Black Sun”.

One of the most powerful northern kingdoms on the Continent – until it’s overthrown by Nilfgaard in the first episode of the show.

Like her late father King Dagorad, this no-nonsense ruler is sceptical about magic, but totally unafraid to get her hands dirty on the battlefield. She’s fiercely protective of her granddaughter, Ciri.

Calanthe’s second husband, usually seen by her side.

One of the show’s point-of-view characters, Calanthe’s granddaughter isn’t convinced by the royal lifestyle, and is known to sneak out incognito from time to time to live a normal life. She’s forced to go on the run when Nilfgaard invades Cintra – luckily she has some very potent, very secret magic to protect her. She’s also magically bonded to Geralt thanks to the Law of Surprise.

A druid with magical abilities, who’s one of Calanthe’s principal advisors, and aids Ciri’s escape.

Calanthe’s daughter and mother of Ciri, Pavetta was lost at sea – along with her husband, Duny (formerly a human/hedgehog hybrid) – before The Witcher TV show starts.

A kingdom with mass-expansion on its mind, and the main antagonist in The Witcher TV show. They start season one invading everything in front of them, and their armies take few prisoners.

A soldier and agent for the Nifgaardian army, leading the search for the AWOL Princess Ciri. Very tight with Fringilla.

The mage assigned to Nifgaard when Yennefer managed to win a spot at Aedirn instead, Fringilla is ruthlessly ambitious. Unafraid to embrace forbidden magic, she’s been an important player in Nifgaard’s rise from also-ran kingdom to the biggest aggressor on the Continent.

A town in Arcsea that makes headlines when Geralt kills a bunch of people – including Princess Renfri – and earns himself the nickname “the Butcher of Blaviken”.

The local mage who lives in a foreboding tower in town. At least, that’s what the locals think. Irion actually died 200 years earlier and Stregobor – also seen consorting with the Brotherhood of Sorcerers – has assumed the mantle. He hires Geralt to kill the supposedly cursed Princess Renfri.

The daughter of the town’s alderman, who helps Geralt while he’s in town, but also works for Stregobor.

A northern kingdom that eventually gets involved in the fight against Nifgaard. It’s here that Geralt sorts out a nasty Striga problem.

A monarch who practically redefines the term “gruff”, he’s unsurprisingly reticent to admit that his incestuous relationship with his sister led to the creation of the Striga.

A principality in the north of the Continent.

Because of the unfortunate coincidence of being born during a solar eclipse, Renfri’s hounded by Stregobor, who believes she’s cursed and dangerous – of course, that might have something to do with the fact she’s a skilled warrior who wants to kill him. Renfri also has a past with Geralt.

The capital city of Vengerberg, the country Yennefer calls home.

A mysterious, enchanted forest near to Cintra. It’s inhabited an all-female race of Dryads, feared by anyone who sets foot in the wood.

A city in Redania where Geralt and Yennefer meet for the first time, getting together over a spot of Djinn killing.

A small country near to Rivia.

Escorted by Yennefer, the queen is returning from Aedirn to Livia when her carriage is attacked by a magical assassin, ordered by a king disappointed she’s yet to give birth to a male heir.

Far from the ethereal beings of Tolkien, the Elves in The Witcher are oppressed by humans, struggling for their very existence.

An Elf nobleman forced out of his ancestral home at Dol Blathanna by human forces.

A young Elf who befriends Ciri after she goes on the run from the Nifgaardian army, accompanying her to Brokilon Forest.

Another race of human-like beings, hailing from Mahakam.

Leader of a group of dwarfs who join Geralt, Yennefer, Jaskier and the spectacularly named Borch Three Jackdaws on a dragon hunt.

Fancy a new TV show to watch? Then why not check out our best TV shows of 2019 list to discover your next binge.