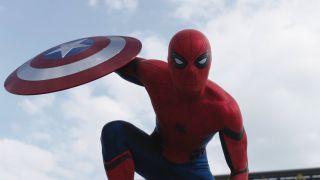 One of many highlights in Captain America: Civil War is the introduction of Tom Holland's brand new Spider-Man. The wall-crawler will be getting a standalone film next year, and it was recently confirmed that Iron Man himself Robert Downey Jr is set to star. We see a little bit of the dynamic between Tony Stark and Peter Parker in Civil War, and that relationship will continue to develop in Spider-Man: Homecoming.

"We cast an actor who is very close in age to a high schooler", Civil War co-directo Joe Russo told IGN. "Tom is really the first young actor to portray the part, and he has an incredible vulnerability and a certain confidence married together that create this very youthful and exciting character."

"Two, the other thing that’s compelling is he’s now in the Marvel Cinematic Universe, and he can interact with the characters in that universe. I think that this mentor relationship that Tony has developed with Peter Parker is probably one of the most interesting things the universe has moving forward.”

I’m a big fan of the Stark/Parker pairing; Holland and Downey have an easy chemistry with each other in their brief (but memorable) scene in Civil War, and having Tony mentor a young hero brings a fresh dimension to the character. It's going to be interesting to see just how much screen time Downey has in Spider-Man: Homecoming, and how much of that time he'll spend in the Iron Man armour.