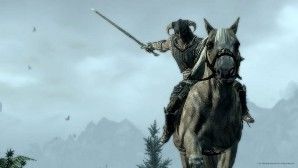 The icy lands of the North got a little bit more interesting today with the announcement that gamers who opted into the latest Steam Beta Update will have access to mounted combat in Skyrim.

It's just in the beta right now, though. So others, especially console gamers, will have to wait a little while until that content can migrate to the Xbox 360 and PS3. As of right now they do not have a firm release date for when that might happen.

The full patch notes for the update can be found below, and instructions for downloading the beta on PC are located on the Bethesda Blog.

1.6 Update (all platforms unless specified)