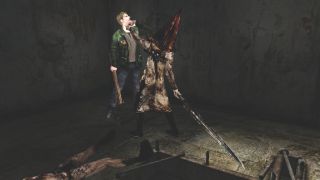 Masahiro Ito, Silent Hill 2 and 3's art director, is working on a new game "as a core member," he announced on Twitter. "I hope the title won't be cancelled," he added, presumably referring to the breakdown between Hideo Kojima and Konami on the would-be Silent Hills, which Masahiro also contributed to.

Masahiro's note that he'll be working "as a core member" is a pretty important detail. He's worked on many projects in the past few years as a freelance artist, but whatever this mystery title is, it was apparently big enough to bring him on board for a staff, full-time contract, or otherwise core position.

While he's widely known for his work as an art director, Masahiro also handled monster designs and other artistic specificities on Silent Hill 2 and 3, so he could be filling any number of roles on this mystery title.

At this stage, it's unclear just what kind of game Masahiro's working on. As he said in a follow-up tweet, "I can tell you nothing yet." One theory is that Masahiro is once again working with Kojima, who recently teased plans "to make the scariest horror game." This would make sense given their past collaboration, to say nothing of Masahiro's grisly art style.

Another, more far-fetched theory, is that Konami is spinning up a new game - perhaps in the Silent Hill space - with Masahiro on the art team. Masahiro worked with Konami as recently as 2018, providing creature designs for the ill-fated Metal Gear Survive, so it wouldn't necessarily be strange to see him work with the publisher again. Hopefully we learn more about Masahiro's next game as we move into 2020.

Speaking of the new year: here are the most exciting upcoming games of 2020 (and beyond).